The Rise of Rainbow Mountain in Peru: The Potential and the Problems 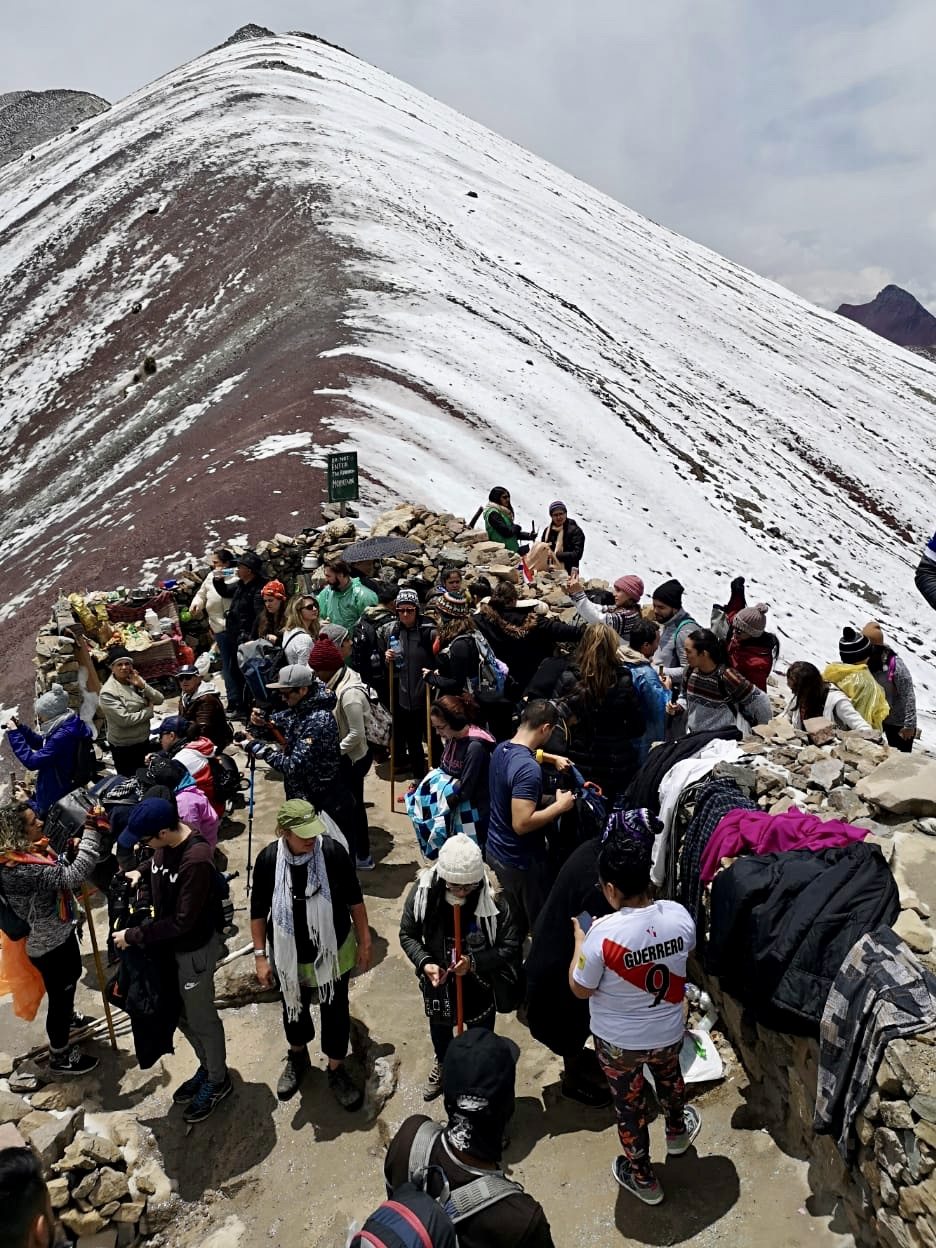 This is a guest post by Kevin Groh, one of the founders of the Cachi travel company (see author box below for more info).

After being discovered as a tourist destination in 2013, people have flocked to Rainbow Mountain. To the Pampachiri community located in the Canchis province and Pitumarca district, it is known as Vinicunca Mountain. And it’s with good reason that so many people want to visit Rainbow Mountain. It’s painted with colors of red, turquoise, and gold. It’s such a remarkable sight that it almost looks as if God had opened up Photoshop to practice his editing skills.

The Benefits of Rainbow Mountain to the Local Community

Since its introduction to the wider world in 2013, over 1,000 people per day have decided to make the trek to Rainbow Mountain so they can snap a picture of it for their Instagram feed. As a result, many locals have migrated back to their old homes due to the economic boom brought about by the increase in tourism. Where the travelers go, jobs follow, right?

It has been a boom for the alpaca wool farmers in the area as many tourists bring home alpaca scarves, hats, and gloves. From an economic standpoint, the tour guides are bringing in over $400,000 per year for their community. People can put food on the table, pay for their clothes, and make repairs to their housing.

This is vital for a community that suffers from significant malnutrition rates. According to UNICEF, the area has up to 73% of people living in poverty and up to 40% living in extreme poverty. Additionally, according to the Inter Press Service, 53.1% of children in the area are malnourished. 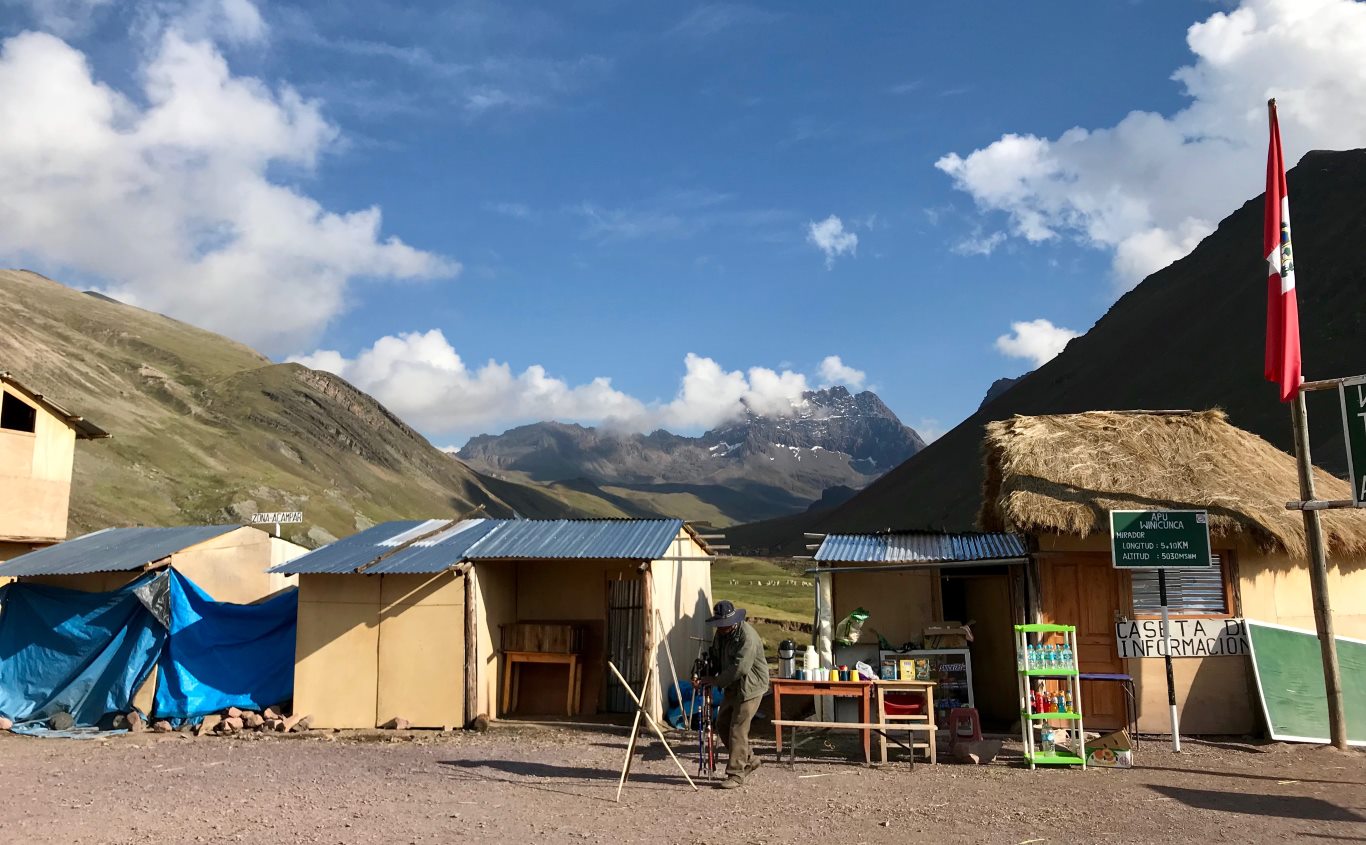 Despite these positives, there are significant concerns about what the new traffic is doing to the area. An increase in the number of people to the area can have some very substantial negative environmental consequences.

The community had to build a sizeable gravel-filled parking lot to accommodate the increase in traffic to the area. This area had previously been an important wetland for various animal species that lived in the area.

Also, the large number of people visiting — some 365,000 per year — has led to the creation of a path up the side of the mountain that has become very susceptible to runoff, causing significant erosion. As a result, there have been significant levels of destruction ecologically to the area. This has destroyed a considerable number of plants and habitat areas.

The Pitimurca District asks the local community to preserve the nature of the trail leading to the top of the mountain. However, they receive no compensation to do so besides the fees they collect from selling garments, operating tours, and giving tourists a ride up the mountain on their horse.

And it’s not just the tourists who have shown an increased interest in the area, and not only the locals seeing dollar signs when it comes to Rainbow Mountain. Due to the abundance of copper ore and iron ore located near the mountain, the Canadian mining company, Camino Minerals Corporation, applied for permission to start mining operations in the area. The proposal has been met with outrage by many environmentalists and others looking to preserve the serenity of the area. However, as of November 23, 2018, a presidential decree by the Peruvian government declared a mining ban for the next 12 months.

What Can be Done to Protect Rainbow Mountain?

Is there any way the mountain can be preserved environmentally, while at the same time providing a steady income to help combat malnutrition and poverty rates in the area?

If nothing is done to preserve Vinicunca Mountain, the beauty that exists today may not survive another five years. It may be worthwhile to close the site down in February for cleanup, as they do for the Inca Trail. As it’s the rainy season, it’s not safe nor enjoyable to trek to Rainbow Mountain at this time anyway.

Tourism agencies could also assist in preservation and cleanup efforts as they do with the preservation of the Inca Trail. If the number of tourists visiting the area becomes overly burdensome, they could install a permit system. A permit system would help control visitor numbers while providing a source of income for the local community, as well as funds for the maintenance and conservation of Rainbow Mountain.

Measures can be taken to preserve the sanctity of Rainbow Mountain (as well as alternative rainbow mountains like Palccoyo) while providing an excellent source of income for those local to the area. But steps may need to be implemented before it is too late.

Kevin Groh is one of the founders of Cachi, a travel company that’s looking to change how travelers experience Peru, while at the same time giving back to local communities. Kevin was on pace to be a world champion Halo gamer before he decided to focus on his love for the outdoors.